I’ve been inundated of late with a lot of wedding hullabaloo. None of it mine, mind you, but don’t get me wrong, I’m not bitter. That’s not to say, though, that it hasn’t gotten me thinking. And where do I turn when I am feeling ponderous? To the Google, by George. And where did Google lead me when I asked it about single people? Where many others are going, apparently…

…resources about single people in the Bible.

I was led here to a list of a number of notable singles from the Good Book. To make it feel more relatable, I’ve taken some of the characters’ descriptions from the article and attempted to match them with their archetypal modern-day counterparts. Maybe you’ll see a little bit of yourself in one of these biblical bachelors and spinsters of scripture.

Biblical Miriam was the senior sister of Moses, who helped her prominent prophet brother with some aspects of leading the people of Israel. Miriam helped organize Israelite women into the first choir recorded in the Bible. 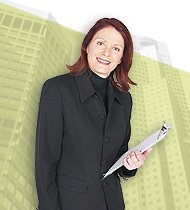 Modern Miriam is the older sister of a prominent author. She organizes his book tours and Today Show appearances. His success is her success. She comes over for weekly movie night with him and his wife, the Philosophy professor.

Biblical Elijah became the most influential prophet of Israel after the Israelite monarchy was split into two kingdoms, the Kingdom of Israel in the north and the Kingdom of Judah in the south. Elijah was the national prophet to the northern kingdom. Elijah is distinguished as one of only two individuals in the Bible who went to Heaven without dying physically.
Modern Elijah is a philanthropist of minor celebrity. He hob nobs occasionally with the likes of Bono and Richard Branson. Glad handing and photo ops. He jet sets between the coasts and his house in Colorado Springs off the money he made

during the Internet boom and the royalties of his father’s invention, the grocery list that sticks to the fridge with a magnet. He says he can’t wait to see you when he’s in town next week, and then bails on dinner plans; you leave him a seat at the table, but he doesn’t show.

Biblical Jeremiah was specifically ordered by Yahweh not to marry. He preached for about 50 years, leading up to the destruction of Jerusalem by the Babylonian army.
Modern Jeremiah is plagued by Jewish guilt and the careful, judging eyes of his mother in Jersey. No woman will ever match up to her.

Biblical Daniel was one of a handful of people in Scripture of whom nothing negative is said. Like Joseph before him, Daniel became a master of dreams with prophetic overtones. The book named after him has become indispensable to students and scholars of Bible prophecy. And children at church remember the story of “Daniel in the Lions’ Den”.
Modern Daniel is such a great guy. It’s a shame we can’t seem to find anyone for him.

Biblical Mary Magdalene was a single woman who supported the ministry of Jesus all the way. She was the first individual Jesus appeared to after He rose from the dead, and she was first to report the news of Christ’s resurrection to the apostles. Some call her the first evangelist.
Modern Mary Magdalene always supports her man, whatever man that may be, and is the first woman he appears to when he’s ready to leave the bars. Some call her a slut.

Shadrach, Meshach, and Abednego, commonly known as “the three Hebrew boys” displayed brave and courageous devotion to Yahweh in the face of death by burning. The three youngsters were miraculously delivered by God from King Nebuchadnezzar’s fiery furnace.
The three Modern Hebrew boys had a joint Bar Mitzvah.

Biblical Lazarus and his sisters Biblical Mary and Biblical Martha were probably unmarried. These siblings remained devoted followers of Jesus Christ. Of course, Lazarus became famous as the guy whom Jesus brought back from the dead after he’d been dead for 4 days, the miracle which precipitated the arrest and murder of Jesus Christ.
Modern Lazarus and his sisters Modern Mary and Modern Martha‘s mother is sure they’re all gay.

The Apostle Paul was by far the most accomplished Christian of the New Testament, surpassing even the apostles who physically walked with Jesus Christ. He wrote half of the New Testament’s 27 books and letters, and he became the most successful missionary and church planter. Without Paul, the faith that Jesus introduced would have probably remained little more than a sect within Judaism. Paul made Christianity a universal faith by taking the Gospel to the Gentiles.

Modern Paul is the consummate salesman. Tanned and coiffed with perfect white teeth, he’s an adman at ESPN or a trader on the floor of the NYSE or a corporate lawyer. He’s got a nice pad and good clothes and a winning smile. But he’s more interested in giving it to you in the ass than giving you a ring.

Biblical Lydia was a wealthy business woman, who accommodated Paul and his missionary team in the city of Philippi, where Paul planted the most mission-minded church of his career. Lydia became a charter member of the Philippian Church, and she was probably a leader there.
Modern Lydia is your classic ball buster. Head of the young businesswomen’s association at Princeton, Stanford MBA, climbed her way to senior exec at a Fortune 500. She doesn’t have the time or the patience for dating, and finds that most guys are too threatened by her success to last. In fact, there might be just one man who could take her…

Biblical Jesus Christ remains the most famous single ever. He is the #1 role model of what it means to live the single life. The Church, which is the movement that Christ founded, needs to remember that our Founder was a single man. [Please note that here, the article links the phrase “single man” to eHarmony.com.] This historical fact should motivate every church to find ways to make singles an important part of the ministry, rather than unintentionally sideline singles in our good efforts to promote marriage.
You could be motherfucking Jesus Christ and still end up alone. This historical fact should motivate every single person to give up and get a cat.

This entry was posted in Google Game and tagged bible, jesus, single. Bookmark the permalink.