Google Game: Do other…? (A Gender Study)

As we’ve seen before, searching Google is a popular and private way to express your deepest insecurities, while also getting to see that others out there are having the same worries. For instance: 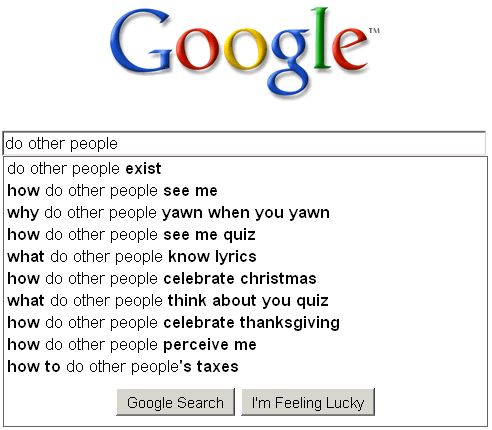 Lotsa folks are unsure what other people think of them, and are trying to find out. Is it possible to drill down a little more, perhaps do a little demographic analysis? I think it is… END_OF_DOCUMENT_TOKEN_TO_BE_REPLACED 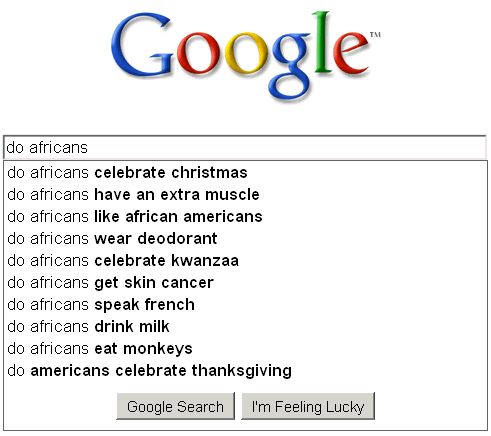 I can’t quite fathom why so many query whether Africans are partial to deodorant, French and milk, but the extra muscle q certainly comes from feeling inadequate. Kenyans often win marathons; White Men Can’t Jump. Ergo: Africans (that’s the same as “black,” right?) must have something physiologically over the slow and pasty.

If you feel like doing a little ethnic googling of your own, you’re sure to find that our collective searching betrays a pervasive insecurity.

Oh, and naturally we wonder if Africans eat monkeys, if the Chinese eat dogs and cats, and if Japanese people eat babies.